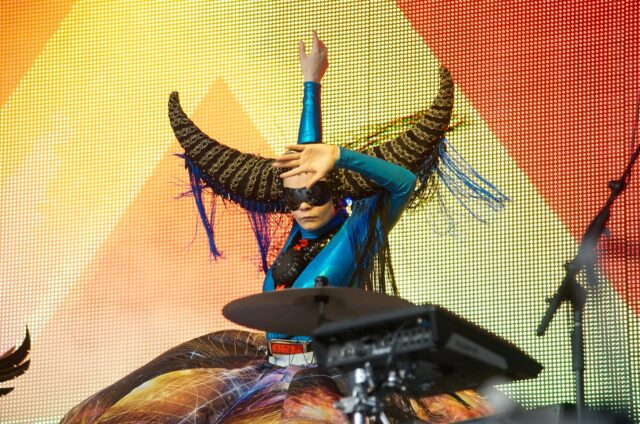 Music and comedy fans, campers, and commuters arrived by the thousands for the second year of the Pemberton Music Festival.

Over 5 million additional fans around the world experienced the event through the festival’s Global 24-­‐Hour Live Story on Snapchat. The Global Live Story, compiled and curated by Snapchat, allowed users of the popular social media app to watch the festival from the fan’s perspective -­‐ for a limited period of only 24 hours.

The impact of the festival was felt nationwide digitally beyond social media, with the festival trending as a topic on Yahoo! Canada, and its mobile app ranked a top-­‐ten app download in the entertainment segment of Apple Canada’s app store on July 17. An estimated 74% of festival attendees downloaded the app. In addition to schedule, lineup, map, artist, and vendor information, the app featured a brand new Friend Finder function that would notify users when their friends arrived at the festival site.

The event also saw the debut of Huka.TV, a network of original, live, on-­‐the-­‐fly, and taped programming that entertained fans from the festival’s big screens and festival shuttles as well as online. Other additions to this year’s event included a new waterslide, a craft beer garden, a cinema with late-­‐night movies and early morning cartoons, complimentary cold milk on the weekend for cereal and coffee, and “grocery shuttles” for campers, surprise performances, and more.

Surprise pop-­‐up performances in small, intimate settings throughout the festival included Chromeo, G-­‐Eazy, BADBADNOTGOOD with special guests Kali Uchis, and Maggie Koerner. Rounding out the unannounced attractions was Doug Benson, who brought special guests Nick Offerman, T.J. Miller, and Harland Williams to record his “Doug Loves Movies” podcast in front of a live audience from the lobby area of the festival’s Laugh Camp comedy stage.
With over 100 performances and six separate performance areas, Pemberton Music Festival was five glorious days of music, comedy, and camping on 300 clean, open acres in one of the most idyllic settings on Earth. Produced and promoted by HUKA Entertainment, in collaboration with the Village of Pemberton and land partners the Sunstone Group, the Lil’wat Nation, and Squamish-­‐Lillooet Regional District, the festival turned Pemberton Valley, located less than thirty minutes from Whistler, BC, into a premiere musical playground on par with HUKA’s other award-­‐winning festivals.

WHEN TO BOOK ENTERTAINMENT FOR YOUR WEDDING!

All Category
© 2022 - Designed by MASSTamilani.com